Oh Boy, it's been awhile!

Well, you are probably looking at the blog post and thinking, "Hmm, what happened and why are they starting up again?". Kudos to you for noticing and thank you for reading OCM's News.

I guess you can say that I have been away for awhile, there obviously is a reason for that and I will explain. Some of you may know that I work several jobs: Assistant Tech Director for a theatre, Executive Director for OAPN, Owner of OCM, and play bass in a band. Let's just say I am a little busy. This summer the theatre went under some major installations and we were working our butts off to complete them before our winter season kicked off. If you are curious we installed a new audio system, complete with line array speakers and subs, monitor system, new rigging system, lighting truss, and all the cables needed. Lets just say those were long days and we were so tired! However, the reward is that we have an amazing sound system that I get to play with for shows, NOW THAT'S EXCITING!!! Updates on OAPN; it's going well, I am still learning my role and what is expected of me. OCM is still kicking! I have learned a lot this year and have refocused, and hopefully this will turn things around for me. It's definitely been one of those years that I have actually thought about shutting OCM down. That's another story for another time.

OCM will be attend/participating in the Ohio Festival and Events Association Trade Show coming up here in November. If you are attending swing by and say hello! The goal is to book my people (bands and artist) at some more festivals this year and book enough for a small summer tour. Also, another goal is to make more people aware of what OCM is capable of and grow the business through networking.

Our artist the Michael Shirtz Quartet went into the studio this month and recorded Michael Shirt'z first full length album. I can tell you from being there, you would want to keep your eye out for this release! I am absolutely proud of the work the guys put into the 3 days of work in the studio to make it happen. I know Michael walked away exhausted, but extremely excited for the completed project.

The Native Heart and Beth Magers

Native Heart and Beth Magers are taking advantage of a slower schedule to work on some music videos and recording some more material. The Native Heart released a full band album at the end of September and the reviews have been absolutely amazing. You can find it on Spotify, itunes, and have physical cd's as well. I may be a little bias, but anyways, There is not a bad song on the album at all. The band will be working on a couple music videos in December and January and released in early 2018. Beth Magers is working on material to record and release. Other big news for Beth, is she is forming a band, it will include bass and drums. Keep your eye out for bookings with the band coming in January!!

Here's to growing and moving forward to accomplishing goals!

Oh Boy, it's been awhile! 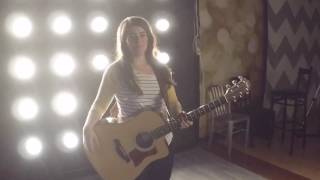